We know what we want.  Leads, and plenty of them.  As advisors we want qualified prospects we can sell our products to.

But with regards to marketing, we don’t count.  What we want doesn’t matter a hoot.

The only thing that is important is what they want.  And before we can figure out what they want and how our value proposition and sales sequence will provide it, we have to identify who they are.

The they I am referring to are our target prospective clients, specifically, who it is that we are targeting our marketing efforts towards.

In a minute I will tell you the fascinating story about Mr. Art DeMoss, a true lead generating genius I once worked for.  Mr. DeMoss started out in this business as an ordinary insurance agent just like me and perhaps you. 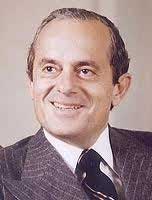 Initially all he wanted to do was to generate some leads so he could sell more policies.  But he became so good at marketing that he actually ended up founding a major life insurance company in order to work all of the leads he generated.   If Mr. DeMoss was still alive I would bet money that he would tell us that a large amount of his success was due to properly targeting his prospective clients.

One of the great things about our business is we can pretty much choose the kind of clients we would like to work with.  Whether it is physicians, school teachers, farmers, firefighters, government employees, golf enthusiasts, pilots or priests, we can pick our market and hone our value proposition directly to them.

When done properly this can provide powerful results.

Imagine I am watching my kid’s football game and during the half time I am making small talk with the father sitting next to me.  I ask him,  “What do you do?” and the answer is “I am a firefighter.”   Then he asks, “What do you do?”  If I don’t have a specific target market my answer might contain this kind of value proposition…

“I am a financial advisor and I help people who are close to retirement turn their savings into a guaranteed lifetime income so that they never have to worry about outliving their money.”

While there is nothing necessarily wrong with this value proposition, think how much better it could be if my target market were firefighters.  If that was who I focused on then my response could be more like this…

“I am a financial advisor who specializes in helping firefighters create guaranteed lifelong retirement income so they don’t have to worry as much about the security of their retirement funds in the event the city they work for goes bankrupt.”

Would this more targeted VP be more meaningful to the firefighter I was sitting next to?  I live in California where many cities have recently declared bankruptcy.  And, I have had the privilege of working with firefighters so I know how they worry about this possibility.

The way a marketer thinks is… “How can I get my highly target value proposition in front of the highly targeted group of prospects I want to work?”

Hey, guess what?  Firefighters belong to associations; associations circulate magazines and put on conferences.  These associations are looking for advertisers and sponsors who will pay them money to run advertisements and set up exhibitor booths.  Believe me, they will take your money in exchange for giving you the opportunity to deliver your targeted value proposition, in mass, to precisely the prospects you are targeting.

And, just about any other group you might want to target can be reached in the same manner.

Over the years I have met hundreds of advisors who have benefited by deliver a finely tuned marketing message to a highly target group of prospects.

–An advisor in Chicago with a Polish heritage who spends pocket change to advertise on a polish-language radio station each week.  (A main-stream English language station in the same market charges thousands of dollars to run the same ads.)

–A female advisor who specializing in working with divorced female clients.  Once a month she takes a train-car full of these targeted prospects on a day-trip up the California coast for lunch and wine tasting.  During the trip she conducts a workshop that is very specific to planning techniques for divorced women. (Her excursions have become so popular they are booked months in advance.)

But by far the best target marketer I ever met was Mr. Art DeMoss.

I had the privilege for working for Mr. DeMoss until his death in 1979.

The job I had been hired for was to recruit insurance agents in California.  And I can tell you that attracting agents was like shooting fish in a barrel.  It was the easiest job I ever had.  The reason It was so easy was because I always had boxes full of some pretty good leads. Not just hundreds of leads, not just thousands of leads but literally tens of thousands of leads in the state of California alone.

Mr. DeMoss’ company was able to generate all of these leads by using television and target marketing.

If you are old enough you no doubt saw these efforts at work when you watched TV or went through your newspaper.  While you were watching the TV western Bonanza during the commercial you would see Super Bowl champion Dallas Cowboy’s quarterback Roger Stauback pitching life insurance.

But here is the key to Mr. DeMoss’ genius…

Instead of a watered-down his marketing by gearing it to everyone, celebrity spokesman and veteran Roger Stauback was talking specifically and directly to U.S military veterans and he was pitching a special kind of life insurance available “exclusively” to veterans and the spouses and children of veterans. Back in the 70s this target market was huge.  It included almost everyone because a good number of the World War II vets were still with us.  And to take this targeting even further, Mr. DeMoss actually formed another life insurance company named Veteran’s Life Insurance Company that was headquartered in one of the most famous historical places in our country, Valley Forge, PA.

These Veteran Life television commercials all reflected a highly targeted value proposition that had been rigorously tested to see if it was meaningful enough to drive the prospects viewing these commercials to action.  And they were.  The commercials ran for years all across the country and each time they aired thousands of prospective customers would call in for a free information packet or to buy.

Mr. DeMoss didn’t start out by doing television advertising. Instead he paid for ads in small, niche magazines. One example was to sell accident and health policies with a message that was targeted specifically to individuals with strong religious beliefs.  He was then able to economically reach this audience in mass by running those ads in magazines with names like The Sword of the Lord and Christian Living.

From these humble beginnings, at his death Mr. DeMoss was able to leave literally hundreds of millions to charitable organizations.

If you don’t have enough leads or drive enough attendance to your workshops, maybe it’s because your marketing message is too broad.

Figure out who is the biggest employer in your area. Learn everything you can about their retirement plans and health insurance options for retirees. Become an expert and then conduct educational workshops specifically covering what you know about that employer’s benefit package. And target your marketing to only those employees.

Become an expert on life insurance impaired risk underwriting and target your lead generating advertisements to people who with hobbies or health conditions most likely to not qualify for standard rates.

Or, one of my favorites… Become an expert on Medicare and conduct totally educational workshops designed to help 65 year olds transition to Medicare. You can easily target these people by age when you buy your mailing list or run your Facebook ads.

How do you target market?

Talk to many of the top advisors in our industry and you’ll often find that a key there marketing success involves a well tuned marketing message targeted to a very specific group of prospects. If you are one of them, please share your techniques with us.

Let me know in the comments below!